How to Run Your First 5K 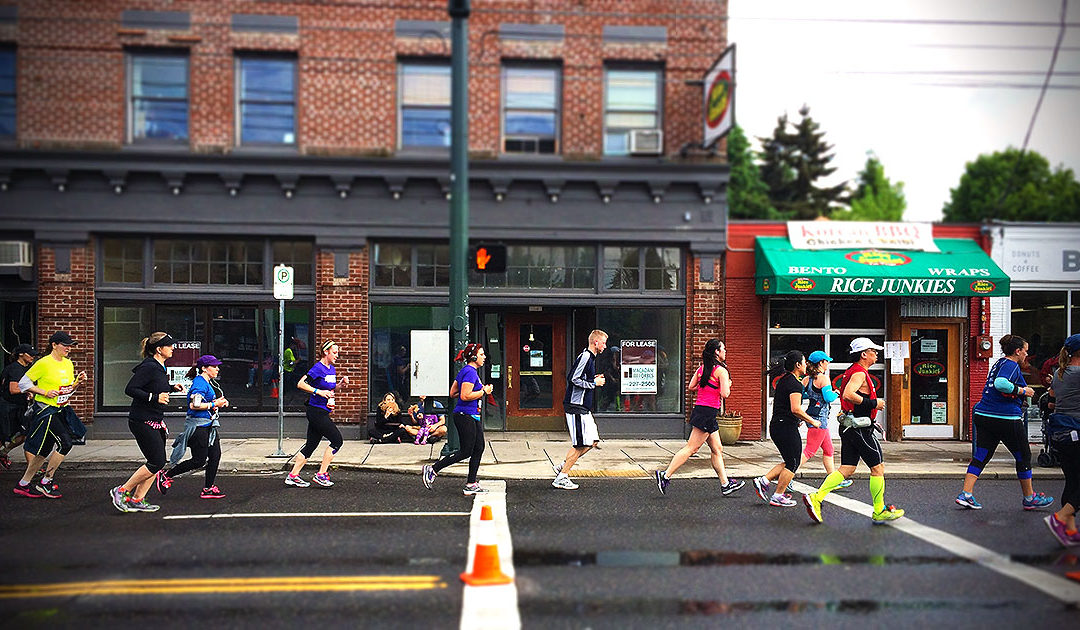 There are two types of people in the world; those who are runners, and those who admit they are runners. In the process of talking to people about the Oregon Brewery Running Series, several said, “well I love the beer, but I’m not a runner.” We disagree.

There’s a great Bill Bowerman quote that is part of Nike’s mission that says,

“If you have a body, you are an athlete.”

While the word “athlete” may be a bit intimidating, the concept isn’t. Running is part of our DNA, and inextricably linked to the human experience. Running a 5k, on the other hand, might be totally new for you, and take a bit more explanation…but not much.

The 5k is the perfect distance. There is no shortage of them that are both inexpensive, and close to home (we know of 6 in fact). It’s also a great distance to do with friends. Those who call themselves runners, and those who do not.

To run your first 5K, there are only three things you need to know:

At its core, running is a pretty simple sport. In fact, you could probably go run right now. Grab a pair of athletic shoes, some comfortable clothes you don’t mind getting sweaty, and run for 10 minutes around your neighborhood. If that feels easy, keep going. Too hard, stop.

After a few weeks of doing that, it should begin to feel easier. After a few months, you’ll find you can run much further and maybe even faster. This is essentially how I started running back in the summer of 1994. It was before my freshman year of high school, and my best friend and I decided we were going to join the cross country team. We showed up, and nearly passed out after running for what couldn’t have been more than 15 minutes. But, we persisted, and by the end of that summer, we were in tip top shape to begin running 5ks.

Maybe it’s the idea that misery loves company, but I think any new undertaking in life is better with friends. Running is no different. Like I did, convince a good friend to join you for a run and set a time to get started. In the same way that enjoying a good beer is better with people, running is by nature a communal activity.

If you’re really feeling adventurous, show up at your local running store and join their group run. If you feel out of place, tell people you’re new to this “running thing”. Runners LOVE welcoming in newbies. Just be warned, they will probably talk to you about running the whole time.

3. Get an Easy 5K Training Plan

If you join our free email newsletter, we’ll send you a “real” 5k training plan. But there’s no reason to complicate things; for simplicity sake, try this. After you’re able to run for at least 10 minutes without stopping, do the following;

[Note: If 10 minutes feels really easy to start, bump the times up by 5 minutes.]

At the end of four weeks, you should be ready to finish your first 5k. It may not be “fast”, and you may need to walk a little, but so what?! This isn’t about how fast you can run, just that you CAN run!

If you like the 5k, you can run another, then another and another until maybe, just maybe, you’re not walking at all. After you get a few races under your belt, you’ll be running four or five times a week, and doing many more miles. Maybe you’ll even feel like throwing some speed work in (nothing too crazy), and try to see how fast you can really fly.

Since there are about 4 weeks until our first event, give this a try, then join us this fall!

Good luck and have fun!