Interview with Ty Sorensen from On Running 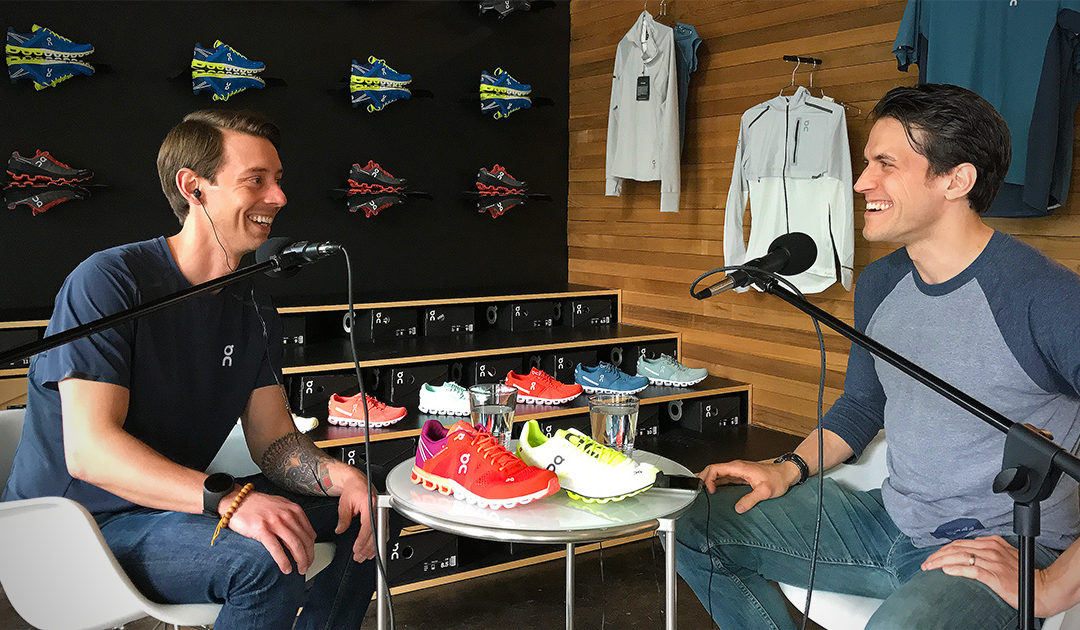 On Running is an innovative Swiss running shoe company that stations its North American Headquarters right here in Portland, Oregon. On Running began in 2010 with a one-of-a-kind running shoe technology that claims to give a custom running experience for your feet.

I first heard about On when they hosted a shoe demo night at Portland Running Company during a group run. I was recently reacquainted with the company, and Ty Sorensen (manager of Business Development for North America and sales of the NW region) when one of our volunteers saw them at another event. We connected, and they are planning to be at at least three of our events this year with demo shoes for you!

Recently, I sat down with Ty to hear the On Running story. Watch my full interview to hear all about what makes this shoe company so unique, then head to one of these Portland retailers to try them for yourself. Join us for our next 5k fun run!

How On Came to Be

Former pro triathlete, Olivier Bernhard was plagued by Achilles injuries. At the end of his career, he wanted to find a running shoe that would help with these. He set out to create a new technology, by starting from the ground up. Sorensen told me that the epiphany for what would become On came to him one day running on a beach.

“[Bernhard] was running on a beach one day and noticed it was firm on one side, and soft on another. He liked the landing sensation on the soft sand, but it was too hard to toe off. The hard sand was easy to toe off but uncomfortable during landing. So, he wanted to find a way to combine both in a running shoe.”

Much research and development went into what is On today. In 2016, On was the fastest growing running shoe brand in the US at 182% growth in distribution. 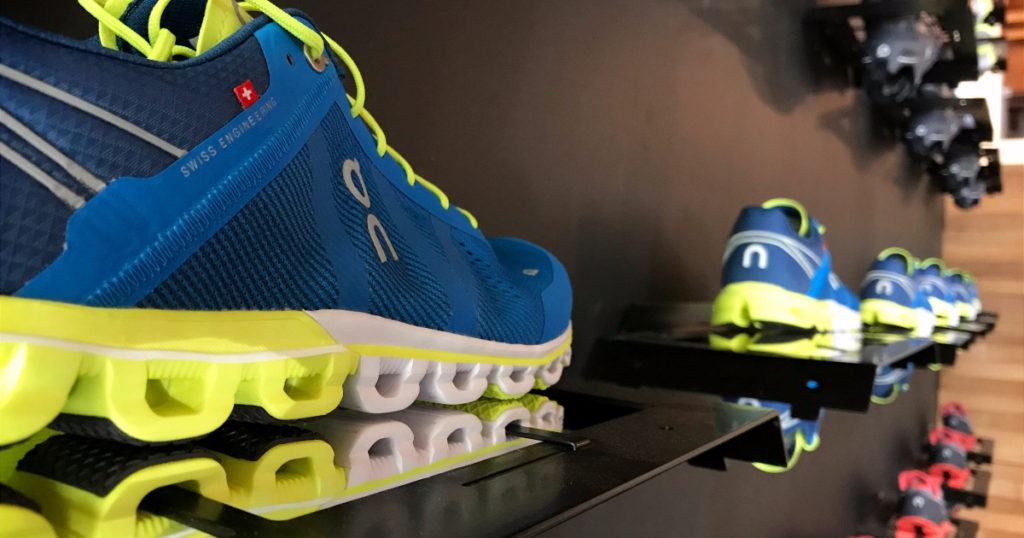 On is a very different running shoe. They use an external cushioning system called, “cloud tech,” which is comprised of these strange little “cloud” elements on the bottom of the shoes. Instead of a traditional midsole, these “clouds” along with the “speed-board” are attached directly to the footbed. Together, these provide, “flex and torsional rigidity.” According to Sorensen,

“…this fosters an efficient rolling gate cycle and minimizes your impact, making you run a little easier.”

The funny little cloud elements on the bottom of the shoes operate independently from each other, and actively adapt to your particular foot type and gait cycle. This system is different from a traditional running shoe, that usually asks your foot to conform to their style. Sorensen says this helps you run in a way most comfortable for you.

He also told me that On Shoes give you comfort and support when and where you need it. That is one of the benefits of the cloud elements operating independently.

He also shared three main advantages of this technology:

Watch the full interview to learn more, then register for our next run!

Run with Us and Run with On!

If you’d like to run one of our events, the first five people who use the coupon code ONFree will get a free entry. If you’re not one of the lucky five use ON5 to receive $5 off.

Want to run in a pair of On Running Shoes? Be sure to make it to our runs at Migration Brewing (July 22), or Great Notion Brewing (October 28th), to try a demo pair.

Now go put your shoes ON and get out for a run!