Augmenting your Beer Experience with Rik Hall from Baerlic Brewing

Rik Hall, co-founder, and co-brewer at Baerlic Brewing is somewhat of an unlikely brewer. Before starting Baerlic with his partner Ben Parson, Rik was a bike mechanic and hobby brewer. Eventually, he wanted to open a brewery but, “I had more of a 10-year plan. Once we looked at it it was more like 2.5” says Hall.

| Subscribe to our podcast on iTunes, Stitcher, or Google Play |

Baerlic brewing is the best small brewery in Oregon. That’s not just my opinion; they won the award in February at the Oregon brewers awards. Rik and Ben have created not only some incredibly tasty and unique beers but a taproom where people want to hang out.

They started brewing back in 2004 in a series of friends kitchens, basements and eventually a garage. In 2012, they decided to jump in with both feet and do it for “real.” Hall told me that decision was,

At Baerlic Brewing Co. Rik describes their beer as post-style. “We don’t consider ourselves locked into a beer style. We brew a beer that’s balanced, clean, tastes great and is presentable. Most of the time it goes great with anything. Food, events, social situation.”

Their beer augments your experience rather than being the sole experience. Hall says most people,

“…don’t sit there and study a beer, you use it as a social lubricant. Not using the beer as the focus but using the experiences you have around the beer to be the focus.”

In this episode, Rik and I discuss:

Join us at Baerlic Brewing on October 21 for a 5K fun run/walk through the central Eastside industrial area. Live music, giveaways, cool swag and of course fantastic beer from Baerlic Brewing for all participants!

The Beer We Sampled 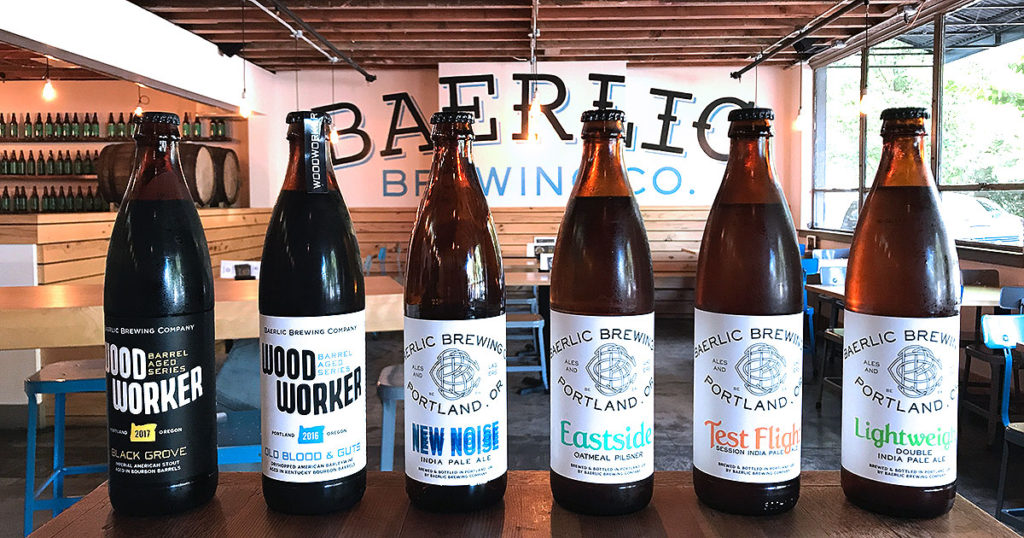 Best of craft beers. US Silver. 2 years in a row.

“We wanted to add more body to the Pils, which is where the oats came from.”

“More proud of this beer than anything else.”

We were approached by Oregon Environmental Council to make lowest carbon beer possible. All ingredients sourced within 50 miles.

Crushed/cracked all the malt by bike.

For our three-year anniversary, we redid our IPA.

“This is an example of brewing what we like. We cut a beer off our list to brew this.”

Run and Drink With Us!

Our 2017 summer series began on July 22! We’d love to hang out at any of our upcoming 5K fun run/walks. Check our schedule then register using promo code Baerlic5 to save $5.

Want to run for free?

Watch our lightning round with Rik for a chance to snag one of 5 free entries to the Baerlic 5K!

We’ve almost interviews all 16 brewery owners/head brewers from our partner breweries. To hear more interviews, check out our complete archives.