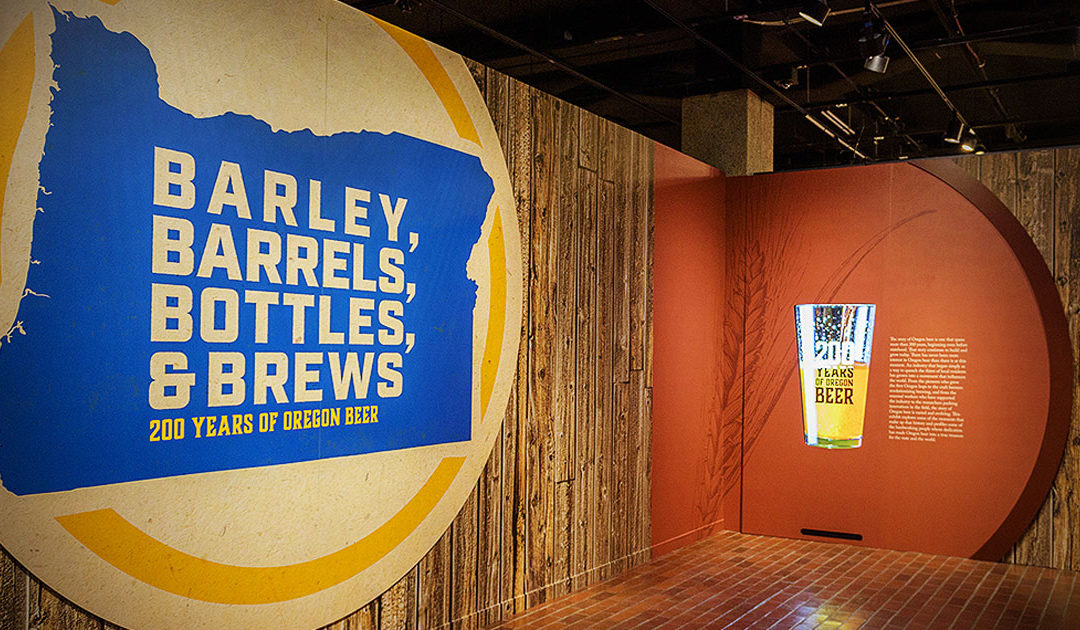 Welcome to another installment of the Oregon Brewery Running Series Podcast; Inspiring Oregonians to Get Active, Have Fun, and Give Back. We host family-friendly, 5K fun runs that start and end at some of Oregon’s best breweries. We’ve been on a little break, but this is the first episode in season two. Stay tuned for more stories about Oregonians who are getting active, having fun, and giving back.

Today on the podcast we are exploring the Barley, Barrels, Bottles, and Brews exhibit at the Oregon Historical Society. I had the opportunity to tour the display when it opened back in October with Executive Director, Kerry Tymchuk, and Laurie Erickson, Curator of Exhibitions. They gave me a private tour and pointed out some of their favorite pieces in the exhibit. On the show today, I’ll be sharing some of my favorites, and a few points in Oregon beer history that you need to know.

We’re excited to be hosting our kickoff event on Saturday, January 19, from 6 – 8 pm at the Oregon Historical Society. Register now and enjoy beer sampling from several of our participating breweries, food, games, and a tour of this incredible exhibit! If you miss our kickoff event, the exhibit is on display through June 9, 2019, at the Oregon Historical Society. Go check it out.

About the Oregon Historical Society

Established in 1898, The Oregon Historical Society has the mission of preserving, protecting, safeguarding, educating, and entertaining folks about all things Oregon history. They do this through several mediums. According to Kerry Tymchuk, this happens through their,

“…showplace here down in the Park Blocks of Portland with our world class museum and research library. A series of programs and lectures and a website that gets over a million hits a year [as well as] programs around the state. We are the repository of all things Oregon history.”

A few years back they showcased a history of wine in Oregon, and according to Laurie Erickson, the natural next step was a the history of beer.

“…beer is possibly even more important you know in Oregon history. So and you look back there are more than 200 years of history in terms of beer brewing and Hop growing here so it just made sense.”

A Brief, Brief History of Beer in Oregon

The exhibit begins with a big mural about the Lewis and Clark expedition. In 1805, the first ever beer was brewed in Oregon. While camped near what is now the John Day River, members of the Lewis and Clark Expedition, after months of being away from home, found a way to quench their thirst for a beer. 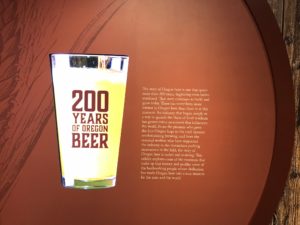 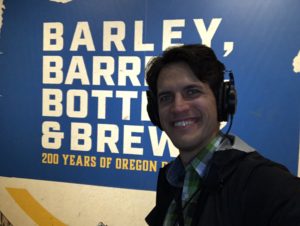 Nerd recording for the podcast. 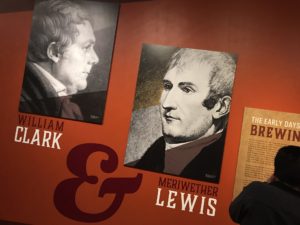 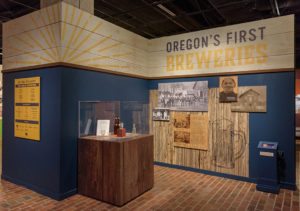 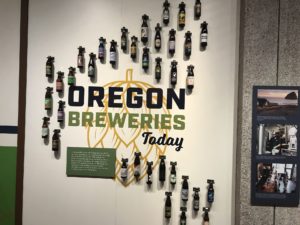 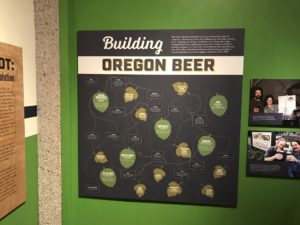 This is a beautiful part of the exhibit! 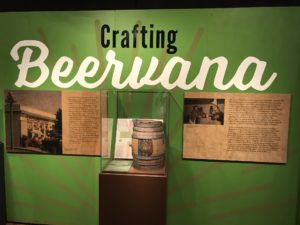 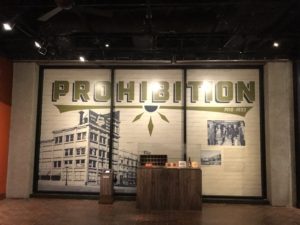 Oregonians enacted prohibition five years before everyone else. 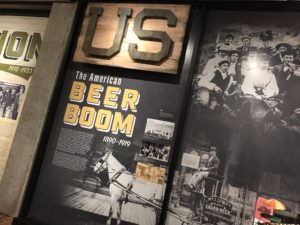 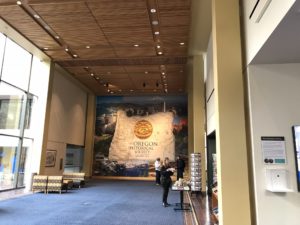 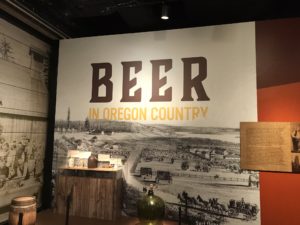 The exhibit goes on to showcase some the pioneers who traveled west on the Oregon Trail, and explains how vital beer and brewing was to them. From the start of growing hops in Oregon, through the late 1800s when Oregonians were enjoying beer, maybe a little too much, the exhibit does a fantastic job of telling multiple stories from multiple perspectives about how this hoppy beverage has changed the landscape in Oregon. There’s also a section devoted to prohibition (enacted in Oregon five years before the rest of the country), and another explaining the WWII era beer. And of course, much dedicated to the craft beer revolution we know today.

The exhibit isn’t particularly long, so you could quickly get in an out in less than an hour, depending on how long you linger. I spent about two hours there, but I like to read every single word in exhibits like that. I think you’ll find it to be an excellent way to spend part of an afternoon!

This blog post was written by Laurie about her process of curating the exhibit.

The Barley, Barrels, Bottles, and Brews exhibit is on display through June 9, 2019, at the Oregon Historical Society.

The Oregon Brewery Running Series is about inspiring Oregonians to Get Active, Have Fun, and Give Back. We host family-friendly, 5K fun runs that start and end at some of Oregon’s best breweries. Register for our next run here! If you’d like to join us at one of our next runs, register with promo code OHSBEER, and you’ll get 10% off your entry. Our theme music, the Oregon Song, is written and performed by James Hoffman.