A Quick Review of the Food, Beer, and Community at Victor-23 Brewing 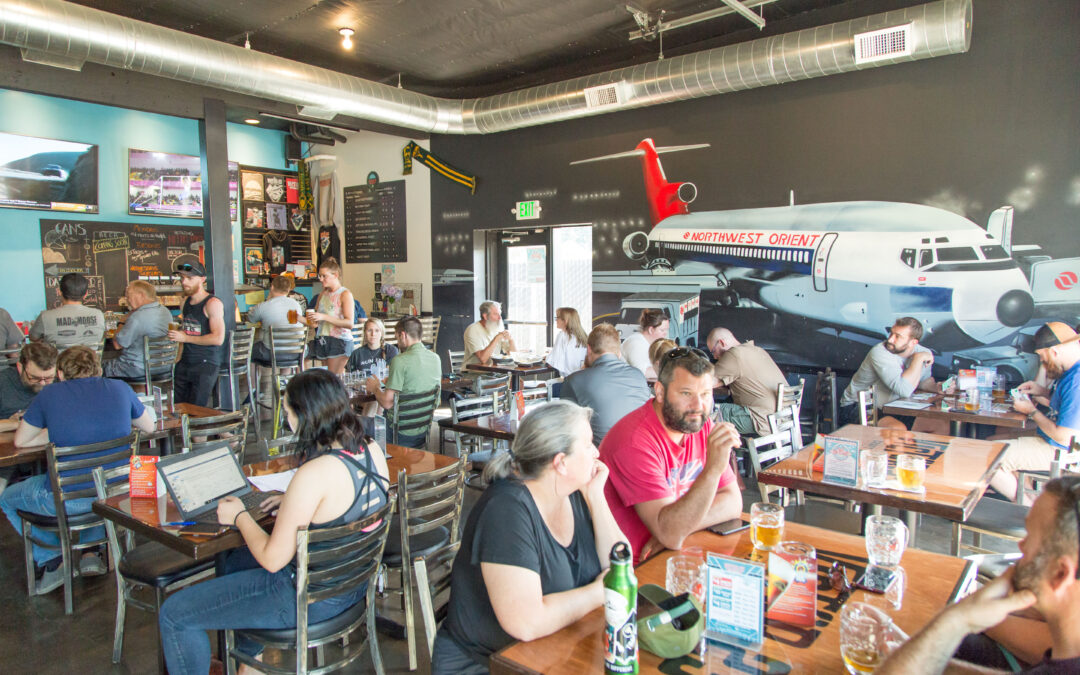 I recently asked two of our fantastic regular volunteers, JJ Grinvalds and Brittany Beem, to share a review of the food and beer at Victor-23 Brewery in Vancouver. We’re running there on August 10, 2019. Since this is one of our new brewery partners this year, we thought it would be fun to learn a bit more about them. A sort of “pre-run-party” if you will. JJ and BB describe themselves as “just a couple of Run-Loving, Beer-Drinking, Food-Eating PNWesterners with years of eating and drinking experience, but no formal training on how to talk about it.”

So here we go. 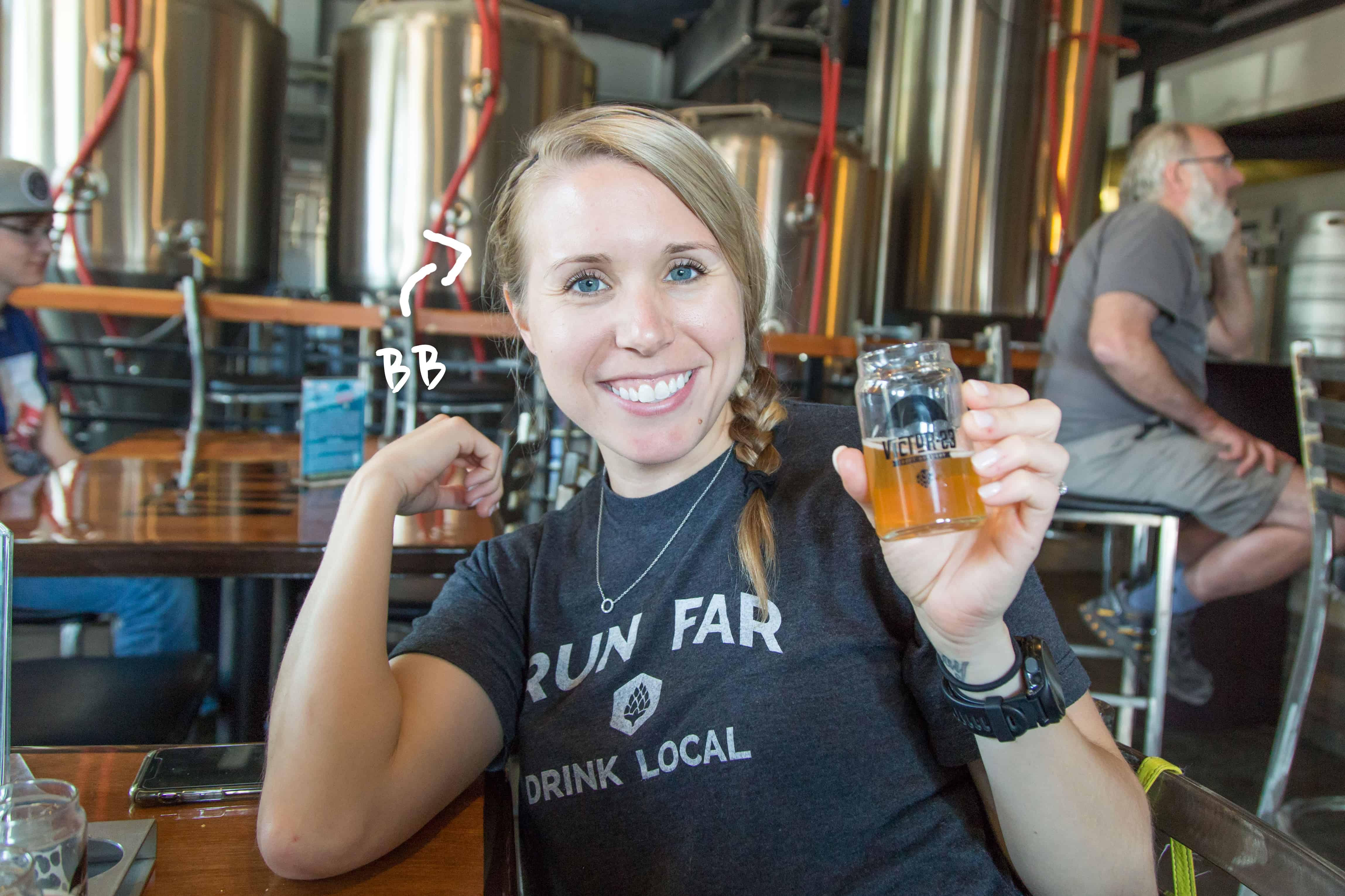 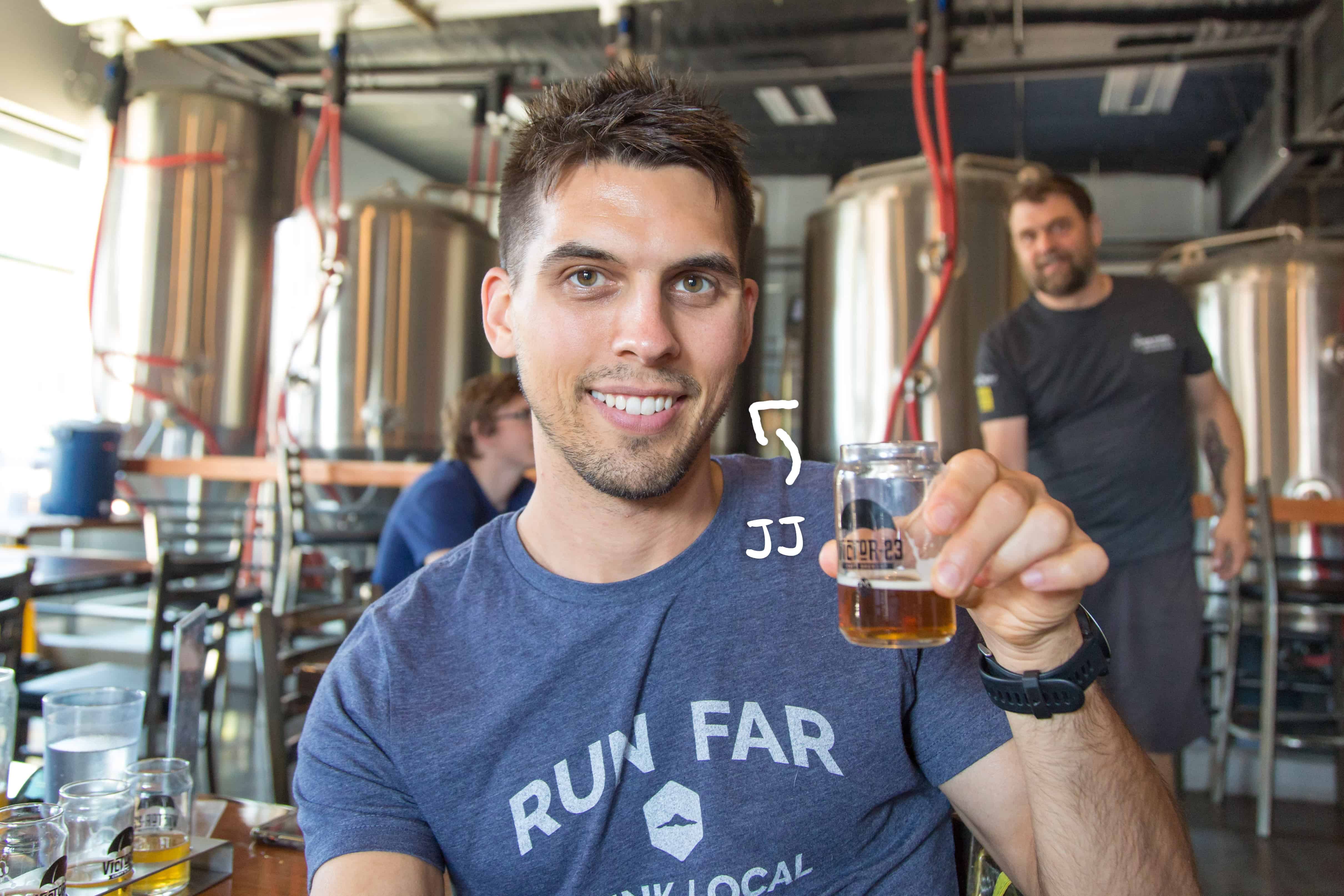 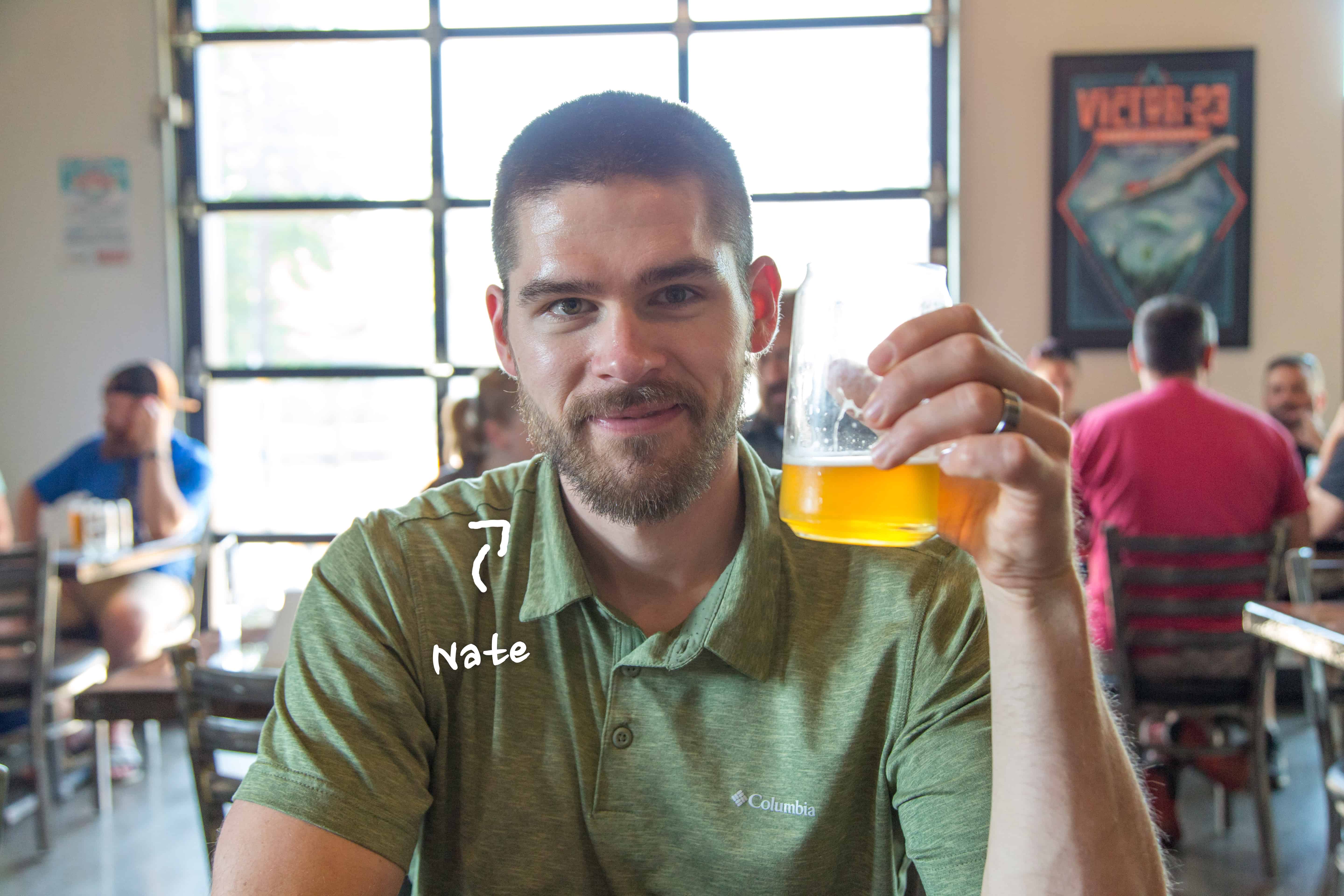 We took a lovely Sunday afternoon drive up north with JJ’s brother, Nate, to Victor-23 to scope out this super cool spot for some lunch and beers. We always forget how close our neighbor to the north really is – just a short jaunt over the river!

Their name and decor, inspired by the local unsolved mystery of D.B. Cooper, presents an opportunity for a unique vibe and atmosphere that begs the question – just who was (is) D.B. Cooper?

“On a stormy evening in November 1971, a man known as D.B. Cooper hijacked a Boeing 727 flying from Portland to Seattle. In Seattle, D.B. released all the passengers once the plane was refueled and he was given 2 parachutes and $200,000 in cash. The plane soon departed and the pilot was directed to fly south on the Victor-23 airway. Somewhere in Southwest Washington, DB Cooper lowered the rear stairway and parachuted to an uncertain fate. Our brewery celebrates this unsolved crime and invites you to ponder the case over a cold pint of Skyjacker IPA, Flight 305 Amber, Jet Fuel Imperial IPA, or Schaffner Pilsner.” 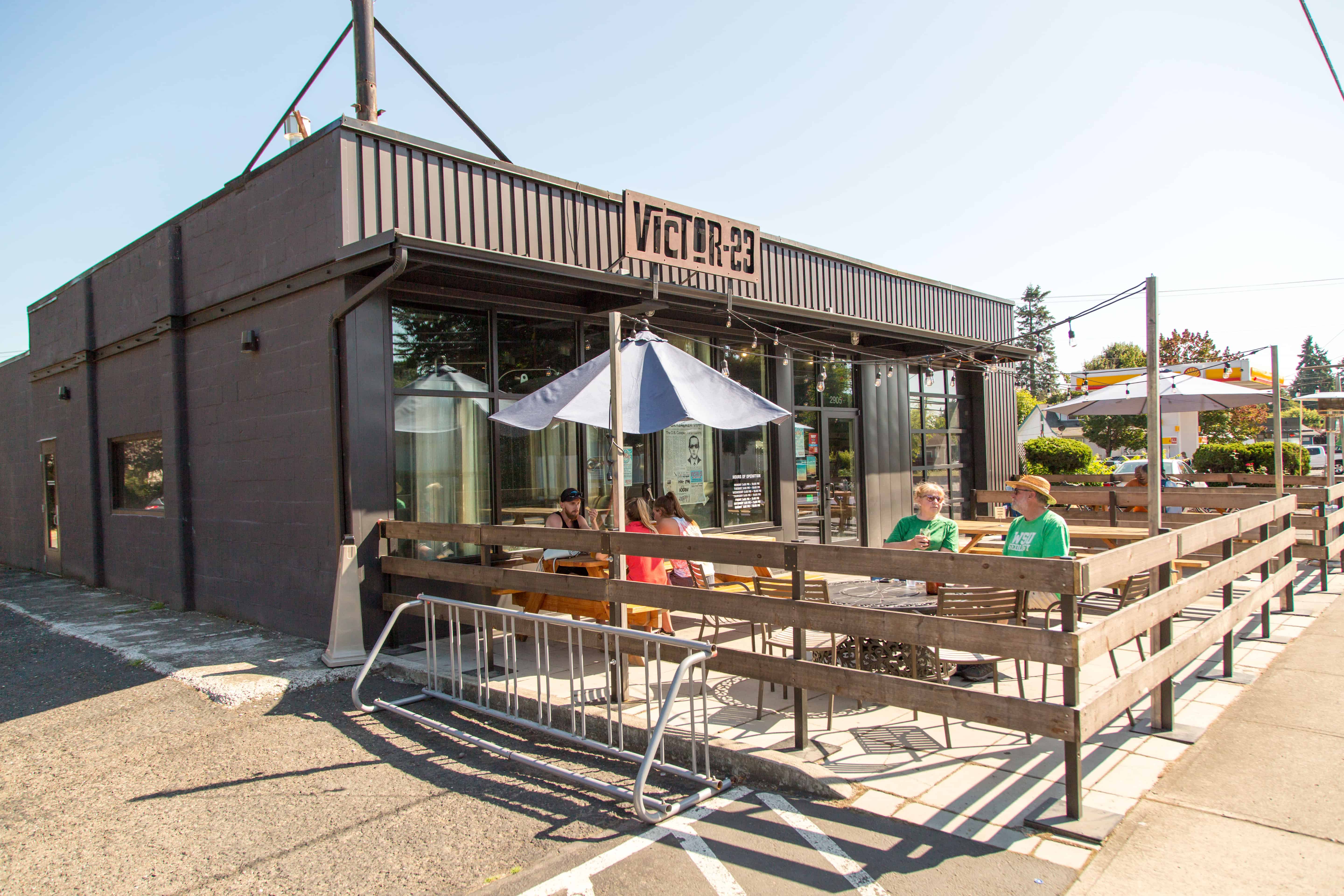 Learning from our past reviews, we opted to each order a taster flight which allowed us to sample more of their beer. Each beer is named based on an aspect of the mysterious story of Mr. Cooper, but to spare you spoilers, you’ll have to check them out when you come run with us on August 10th! We were able to sample the Schaffner Lager, Flight 305 Amber, No Funny Stuff White Stout, Turbulence Imperial Oat Cream IPA, Vapor Trail American Wheat Ale, A Perfect Crime Lager, El Sequestrador Hybrid Cream Ale, and the Extortion Imperial Porter. See how clever these names are?! They were all pretty darn good, but a few highlights included the El Sequestrador, which literally tasted like a liquid churro, the Oat Cream IPA, which was uniquely sweet and creamy, and the Perfect Crime Lager which tasted tropical-y (that’s definitely a word!) and light and refreshing. 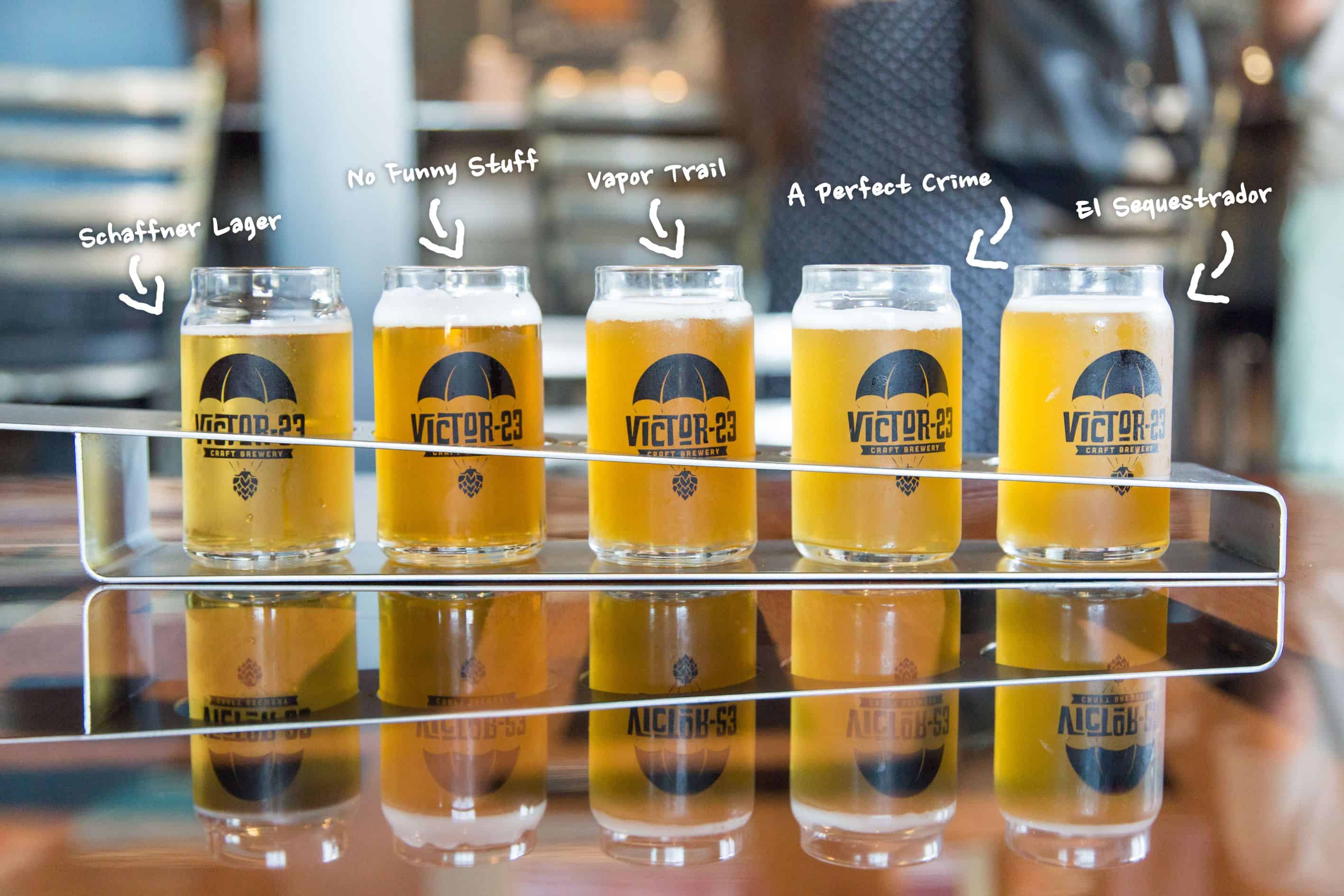 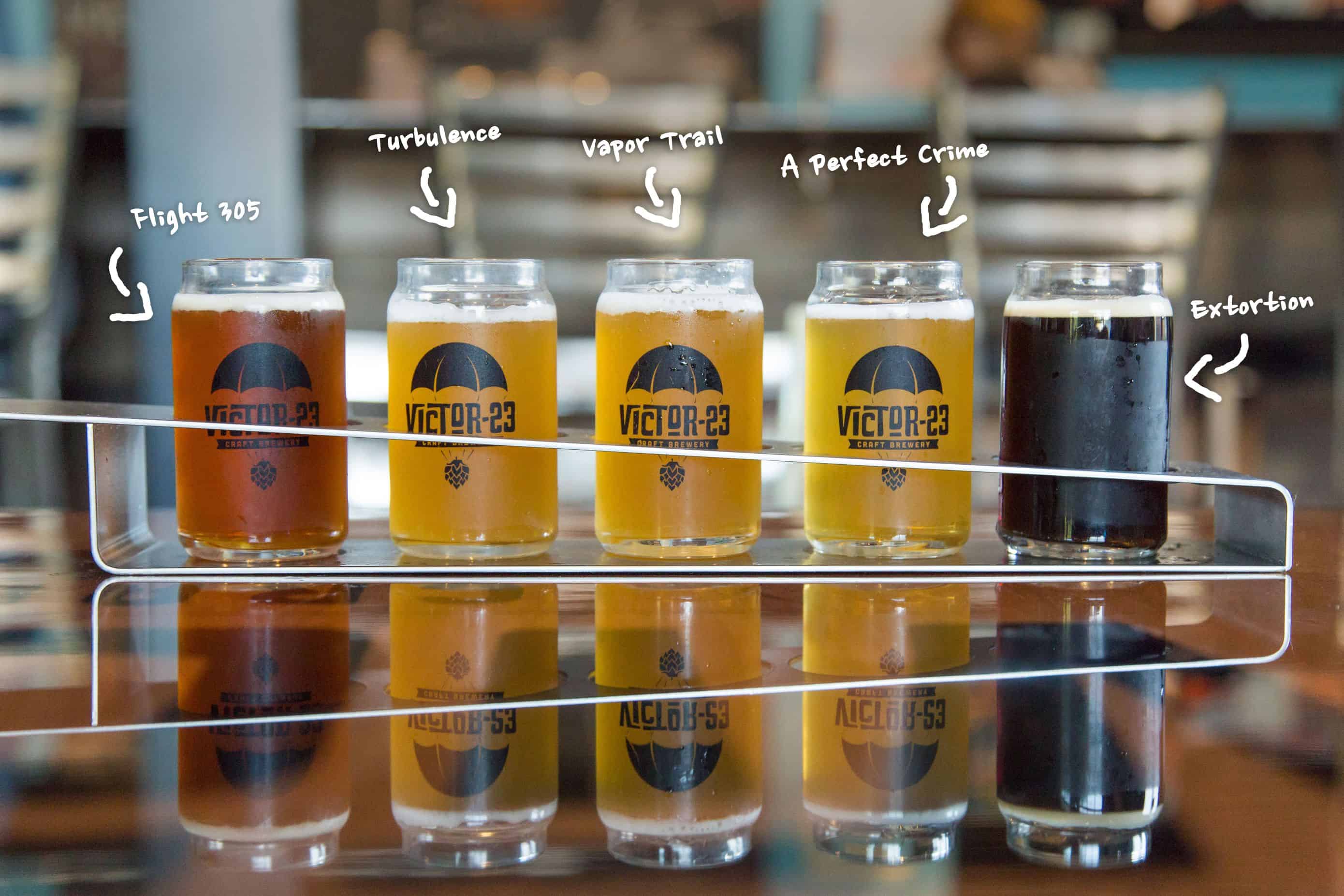 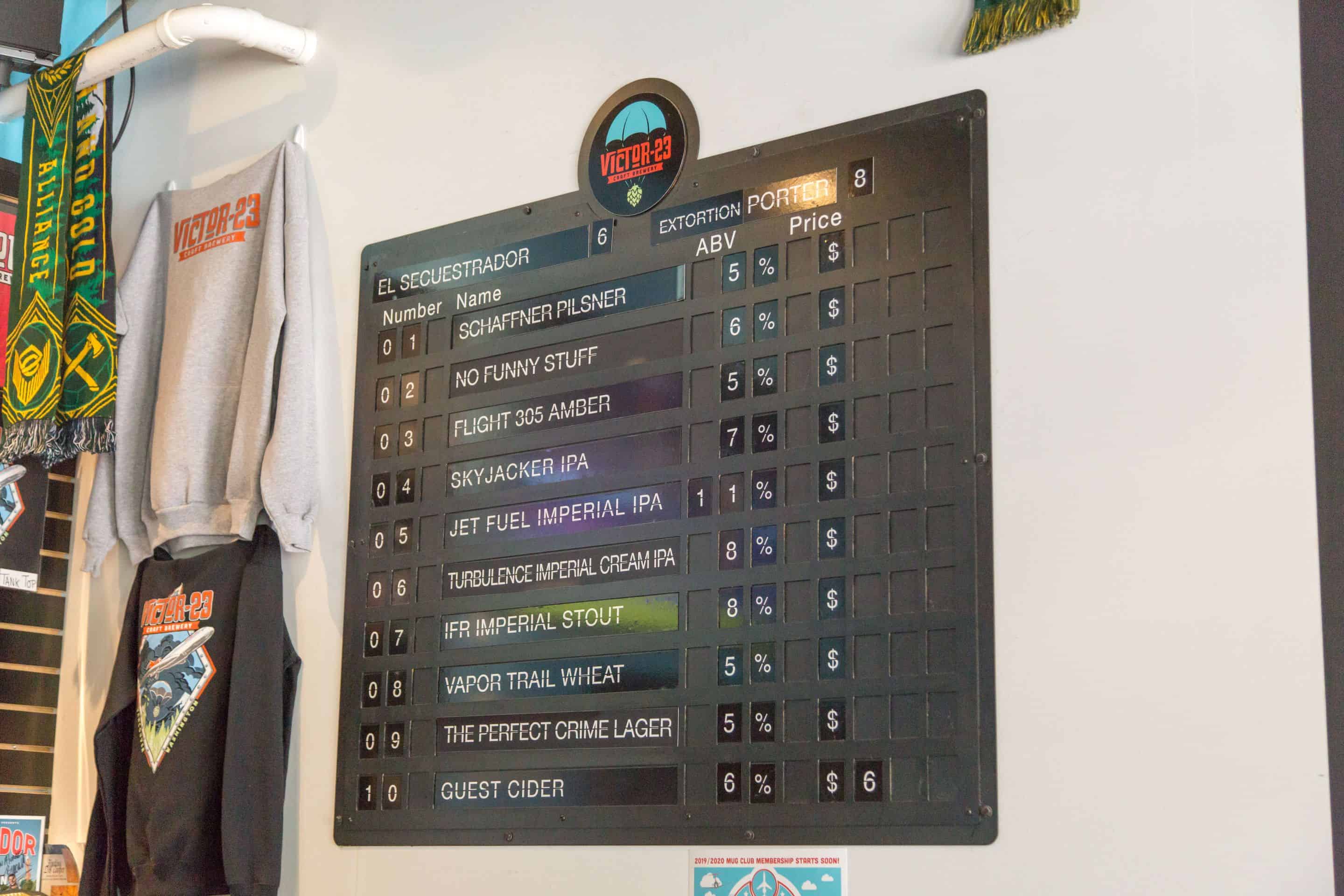 The afternoon really took off (see what we did there?? Airplane puns.) when we ordered some BBQ Beef Nachos which were ! It had a healthy portion of BBQ sauce smoked brisket and the pickled cabbage on top really hit the spot! BB snagged a few equally tasty street tacos for her in-flight meal – BBQ beef and pork –served on corn tortillas. Nate and JJ ordered up the smoked brisket dip and brisket grilled cheese with sides of their authentic, house-made German potato salad. When asked what they thought about their picks, it was a unanimous “yum!” JJ particularly loved how the muenster and swiss cheeses blended with the mayonnaise, an ingredient he was previously skeptical of. 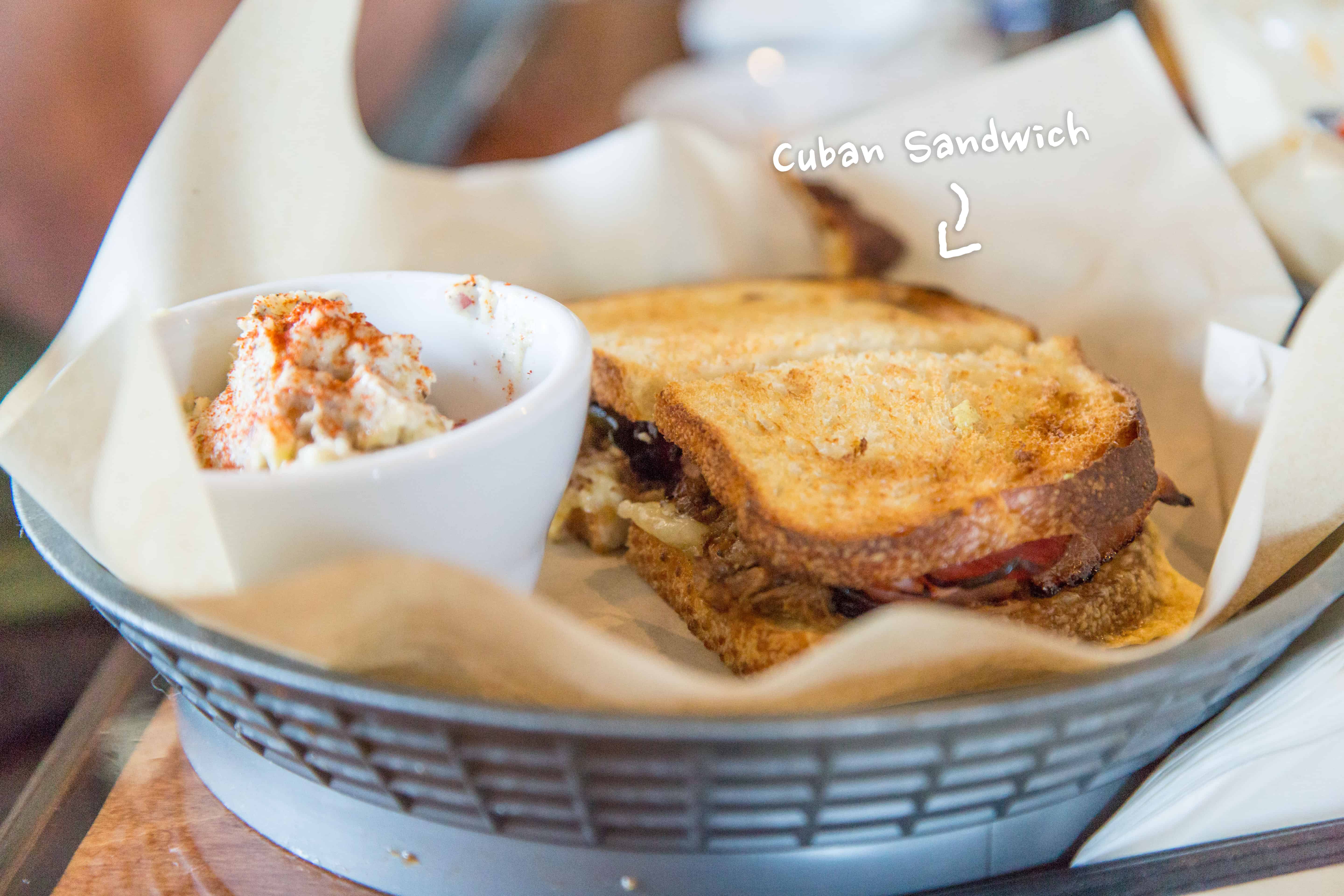 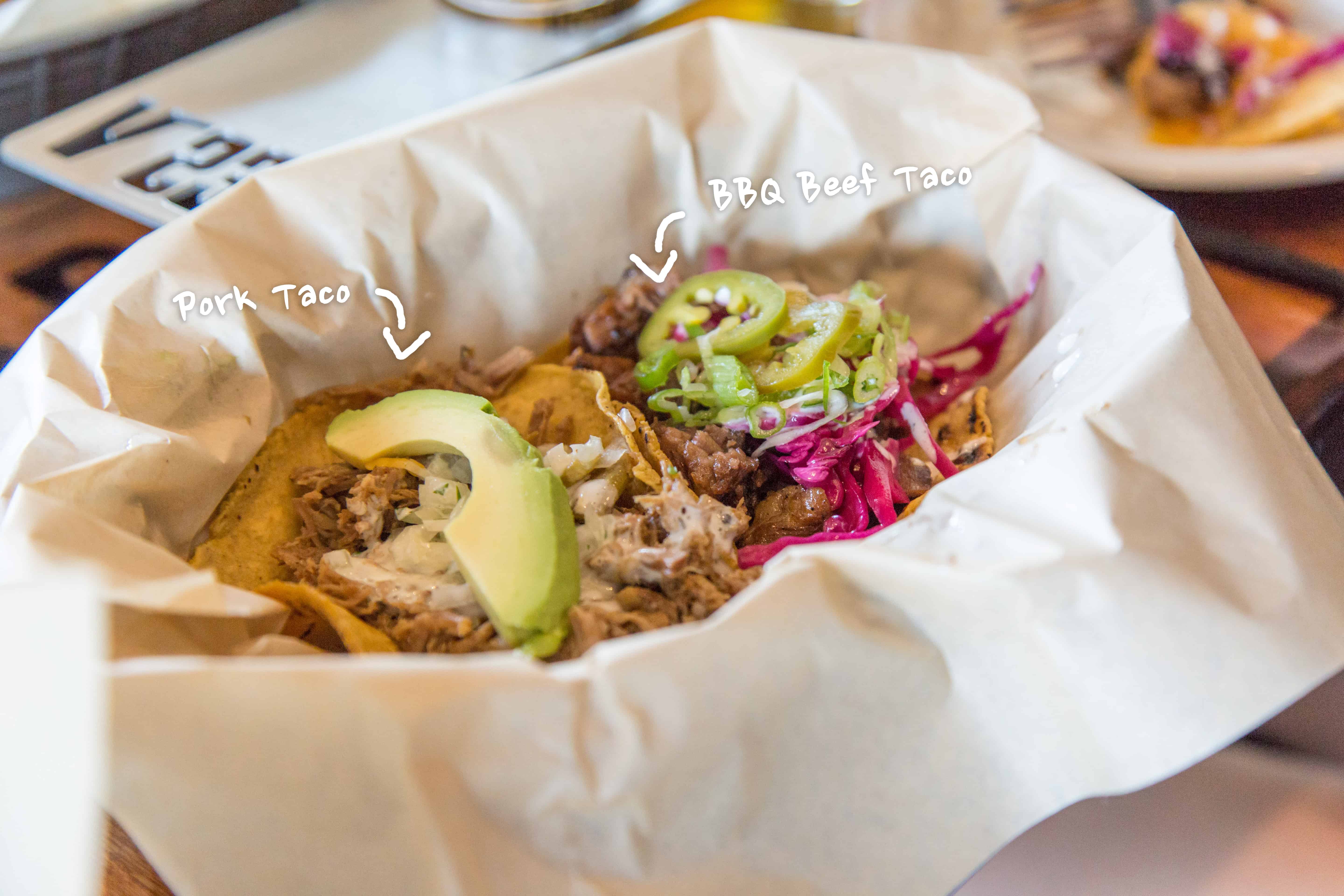 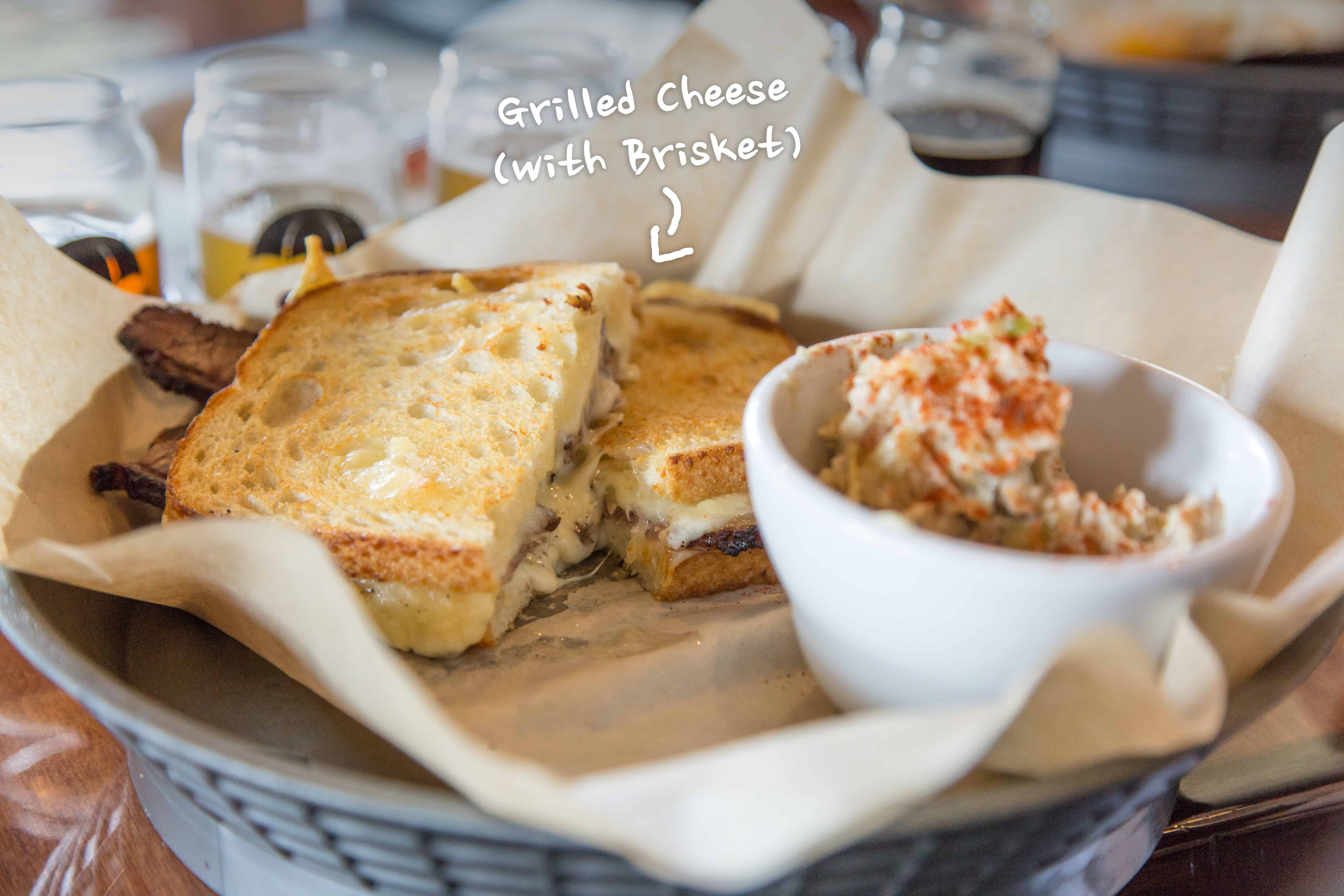 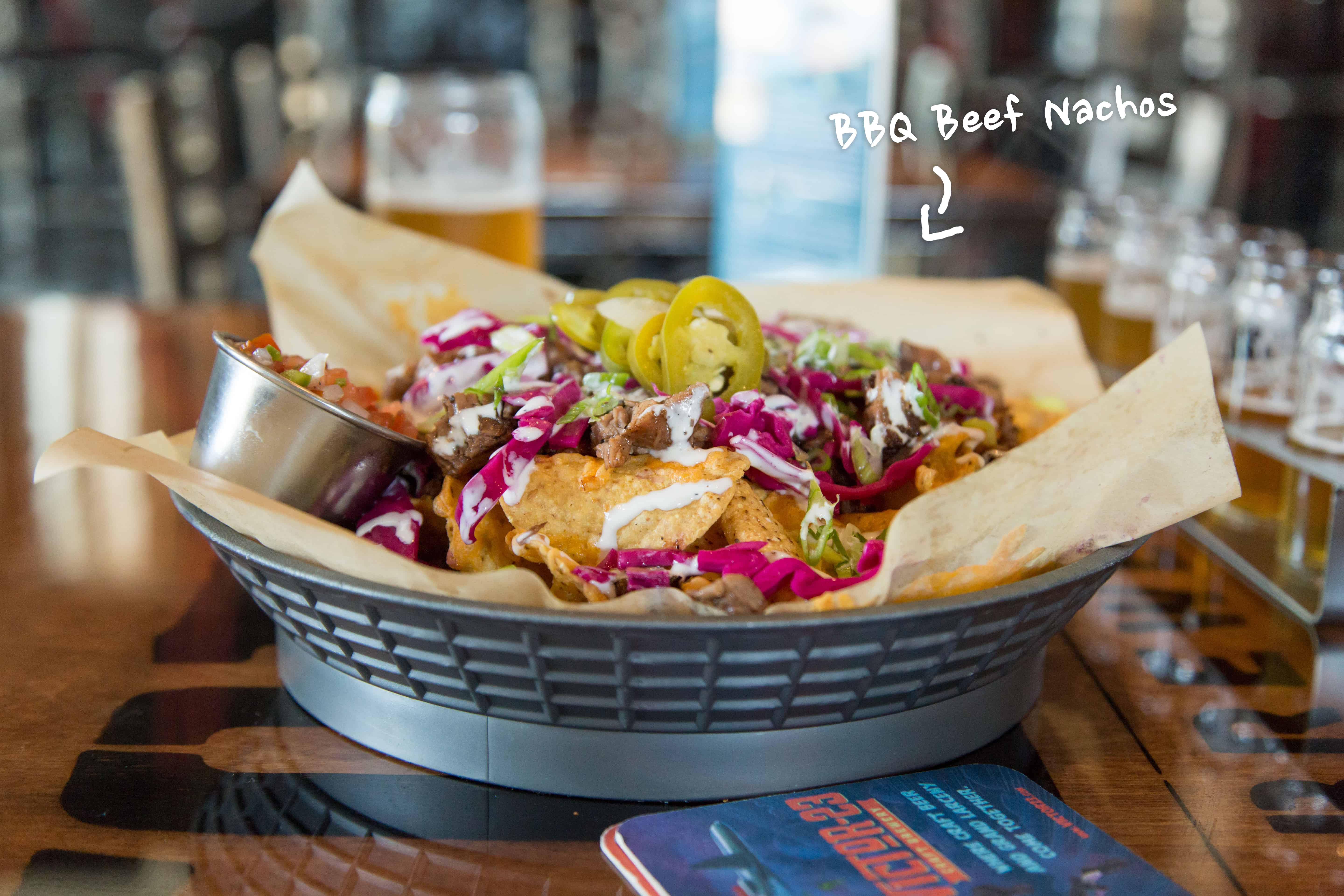 Overall, Victor-23’s cool brew pub ambiance, excellent service, handcrafted brews, and delicious food made for an above the clouds experience! We are looking forward to running with the Oregon Brewery Running Series August 10th at Victor-23 Craft Brewery, then flipping up our theoretical tray tables, reclining those comfy airplane seats, enjoying a cold brew, and pondering where that undiscovered cash may have landed.

JJ’s SCORE: a window seat in an empty row, plus a bag of pretzels.

Recently, Nathan sat down for a little chat with the owner, Bryan Ward to learn about this fun brewery. Check out the FB live interview then signup to join us for the fun run on August 10! 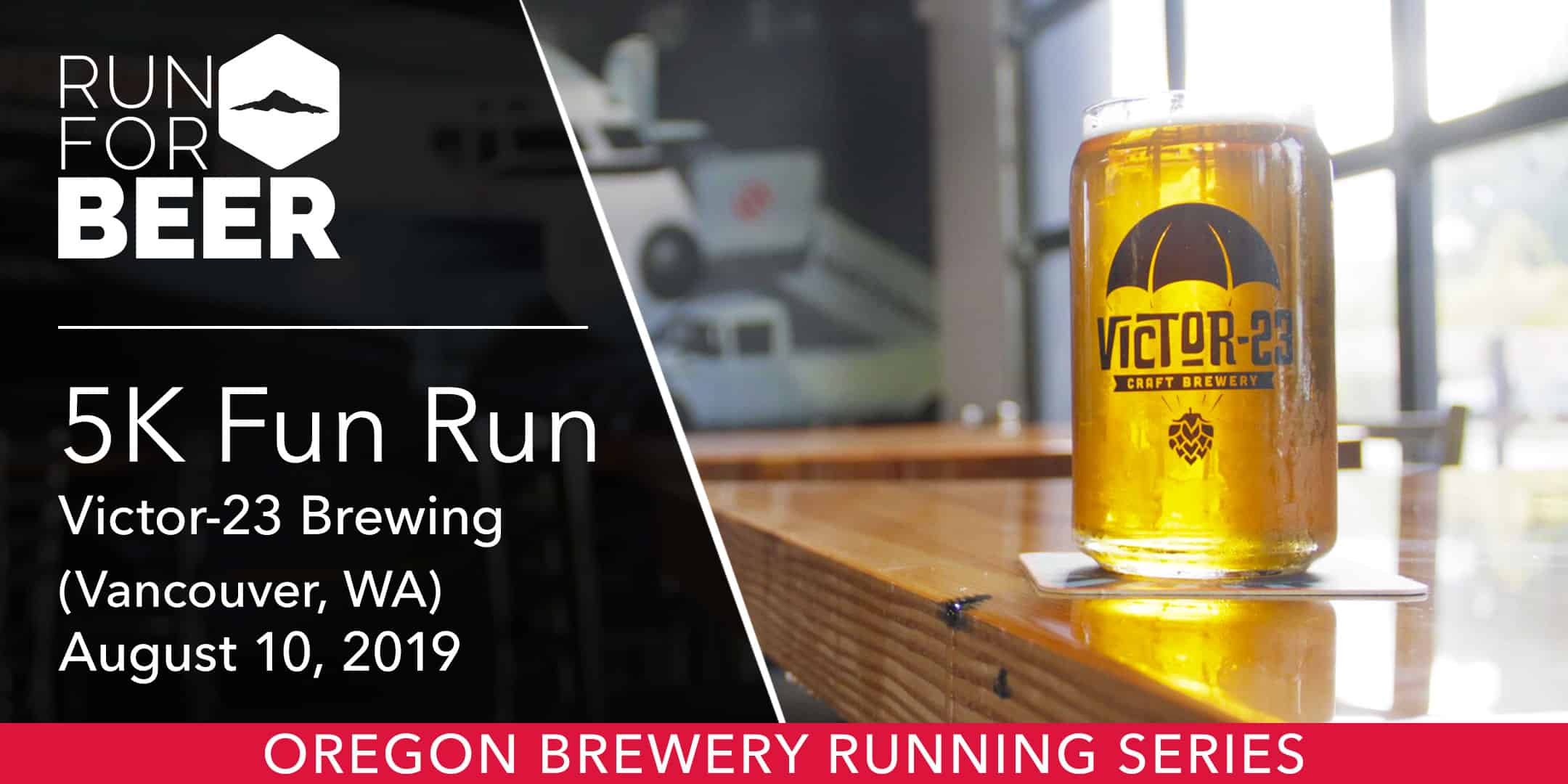