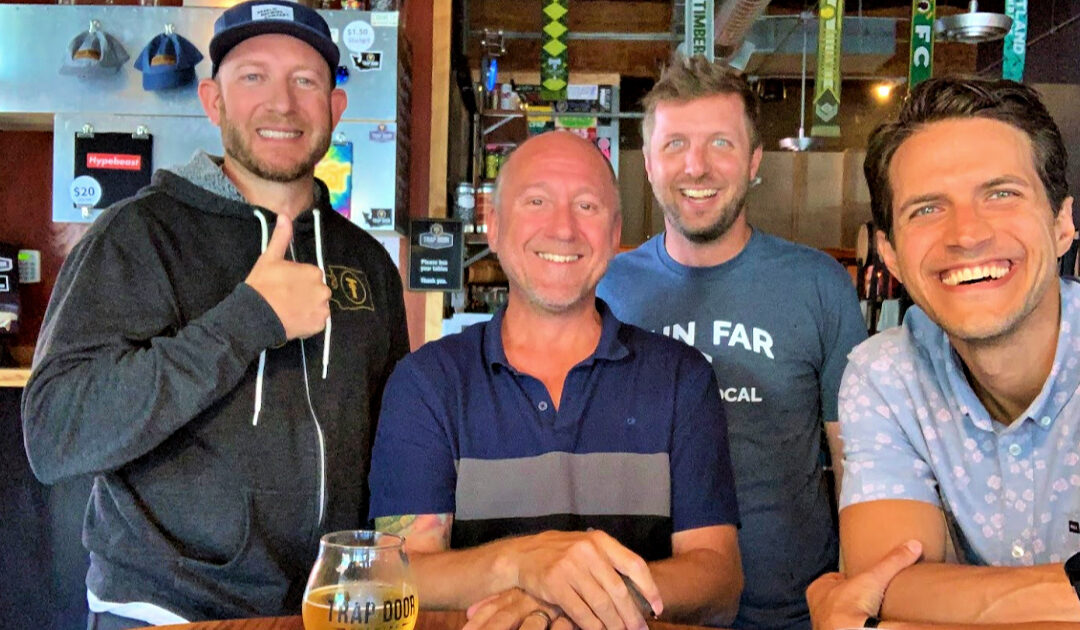 Today on the podcast is our conversation with Bryan Shull, owner and founder of Trap Door Brewing in Vancouver, WA. Drew and I were up there this summer doing some planning for our 5K Fun Run at Trap Door on October 5, 2019. Trap Door is a new brewery partner for us this year, so we always try to meet with those breweries well in advance to make sure we’re all on the same page.

Trap Door is a small-ish, 15 barrel brewery located at 2315 Main St in Vancouver, not far from the river. Brian says they are “kind of” known for their Hazy IPA’s but have 12 taps with a rotating cider. To go with that beer, they have three or four food carts on site that form the permitter of their semi-covered patio. You can also order food from nearby restaurants to have delivered. They don’t do their own food yet.

Bryan, along with his sons Zane, who is the head brewery, and Zakary, who is a silent partner, opened the brewery in 2015. They also have two additional partners – Dave Forster, another silent owner, and Mike Parsons, the taproom general manager.

They’ve been putting out some quality beers since then, winning a couple of awards, and have been growing consistently since day one. There is a second location in the works to be opened sometime next year. Bryan talks a bit about that towards the end of the episode.

On this hot day in July, we chatted first with Bryan, and Mike about the event – where to put the registration tables, how the beer service will work, where the big inflatable arch will go, all of those annoying details we hope is flawlessly executed for our participants. This event will be intimate, but we should be able to pack out the space with 150 sweaty, thirsty runners. They’re going to have pretty much all of their brews on tap for us, so you’ll have a plethora to choose from. 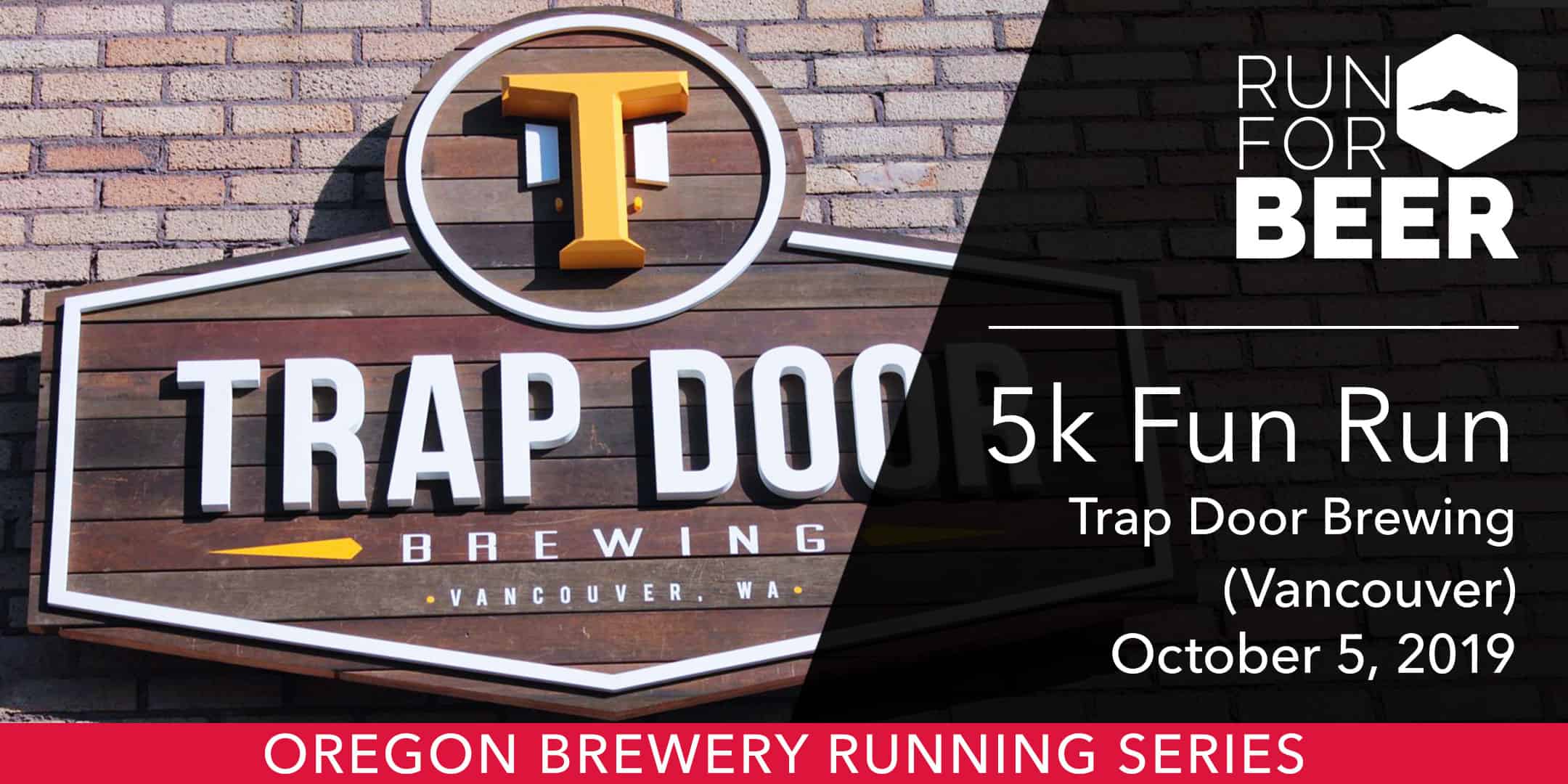 Bryan and I then chatted on Facebook Live. He shared with me:

As you know, giving back is important to us, so we love partnering with others who also share that same passion.

Enjoy this conversation with Bryan Shull, owner and founder of Trap Door Brewing in Vancouver, WA! When you’re done, register for our 5K Fun Run on October 5!

We are a fourth generation beer industry family with the goal of producing the highest quality craft beer with sustainability and community in mind. We invite you to visit our large taproom and patio for a family friendly experience while sipping on balanced North West style craft brews.

To get the latest about beer and running in Oregon and SW Washington, subscribe to updates! We only send out emails but want you to have all the latest.