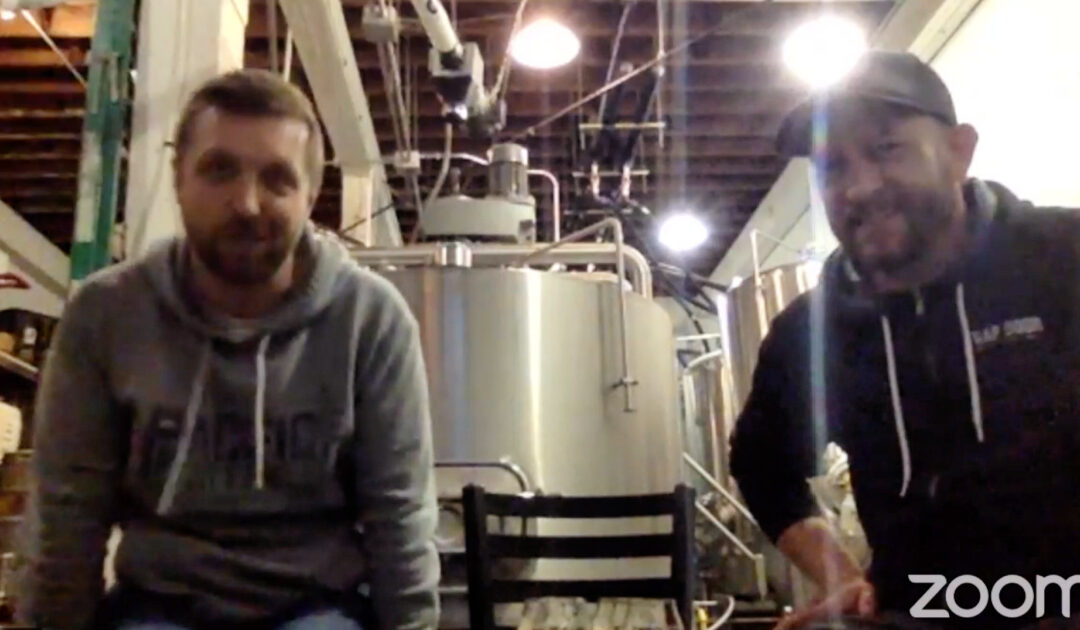 Welcome to another installment of the Run Pub Podcast, brought to you by the Oregon Brewery Running Series; Inspiring Oregonians to Be Active, Have Fun, and Give Back. We host family-friendly, 5K fun runs that start and end at some of Oregon’s best breweries.

Today on the podcast is our conversation with Mike Parsons, co-owner of Trap Door Brewing in Vancouver, WA. Drew and Mike sat down to chat during a virtual happy hour about what’s new at Trap Door since the last time we spoke to them back in the summer of 2020. They sample a few NEW brews, discuss a fundraiser, and talk about their new brewer.

Trap Door is a small-ish, 15 barrel brewery located at 2315 Main St in Vancouver, not far from the river. Brian Schull, co-owner and founder, has told us before that they are “kind of” known for their Hazy IPA’s but have 12 taps with a rotating cider. To go with that beer, they have three or four food carts on site that form the permitter of their covered patio, which has transformed a bit during the pandemic. You can also order food from nearby restaurants to have delivered.

We are a fourth generation beer industry family with the goal of producing the highest quality craft beer with sustainability and community in mind. We invite you to visit our large taproom and patio for a family friendly experience while sipping on balanced North West style craft brews.

To get the latest about beer and running in Oregon and SW Washington, subscribe to updates! We only send out emails but want you to have all the latest.